Private Helga Geerhart, only daughter of strudel bakers Herr and Frau Herman Geerhart of Stuttgart, has never cut her hair.

She graduated from finishing school in Heidelberg with top marks in car mechanics and corset making. Her 20 wpm shorthand and typing skills secured her a post as secretary to Colonel Von Strohm which, in turn, introduced her to the glamorous life as girlfriend to Herr Otto Flick of the Gestapo, a powerful and well connected man.

It is rumoured that Herr Flick knows the true whereabouts of the Van Clomp masterpiece ‘The Fallen Madonna with The Big Boobies’ and possibly also ‘The Cracked Vase with The Big Daisies’ by Van Gough. This could be very handy when the war is over.

Ambitious yet demure Helga is never short of admirers and she hopes one day to add Adolph Hitler to her list of conquests, as long as Herr Flick doesn’t find out.

Her mother says Helga’s black forest gateau is the best in Bavaria.

Geerhart Family motto: “Honesty is not always the best policy”

In response to the enduring popularity of ‘Allo! ‘Allo! throughout the world, Richard Gibson and Kim Hartman are regularly invited to appear at public events, including cruise ships, arts festivals and a variety of corporate occasions.

This year, they have developed a number of cabaret shows that can be tailored to any occasion.

Two of these include 25-minute sketches, with laughter, music and magic, followed by question-and-answer sessions and anecdotes around the making of the series and the artists’ experiences in the entertainment world.

In the first of the sketch shows, entitled: A German Joke Is No Laughing Matter, Flick and Helga are busy preparing an entertainment – “An Evening With The Gestapo”. Helga, after putting the finishing touches to a strip(less) tease, accompanied by Herr Flick on the violin, floats precariously above the ground in a spectacular levitation performace. She also attempts, with rising frustration, to instruct Herr Flick in the rules of the “Knock Knock” joke.

In the second: Laughter in the Cellar, Flick and Helga are once again rehearsing a new act, during which Helga is given a grilling on matters of espionage and security. The couple work on adopting new identities, and showcase their astounding mastery of disguise; the entertainment is rounded off by a most unusual mind-reading act.

A further show is based around a collection of favourite video clips from Allo! Allo!, accompanied by behind-the-scenes stories relating to the selections, and a question-and-answer session. Kim and Richard can also make themselves available to be photographed in costume with members of the audience.

They are currently preparing an entertainment based around German, French and English songs from the Thirties and Forties, including those made famous by such greats as Marlene Dietrich, Lotte Lenya and Edith Piaf and Maurice Chevalier.

The cabaret shows can be tailored specifically to the particular events, with topical references to the people involved. 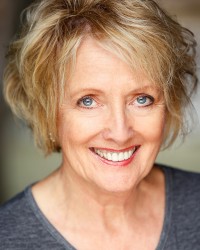